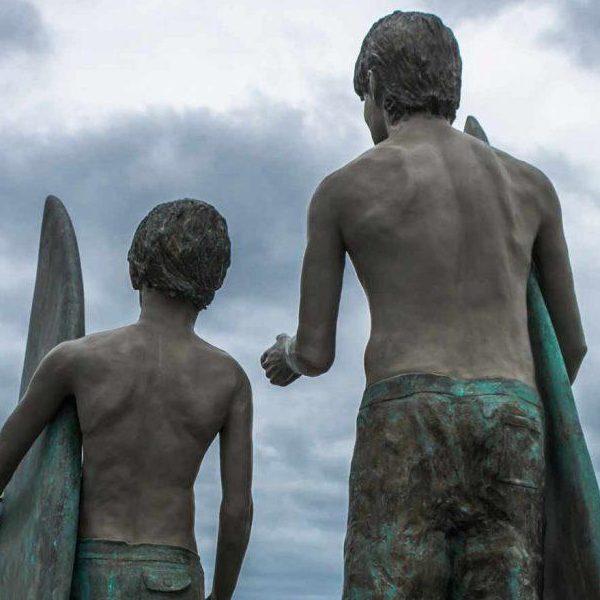 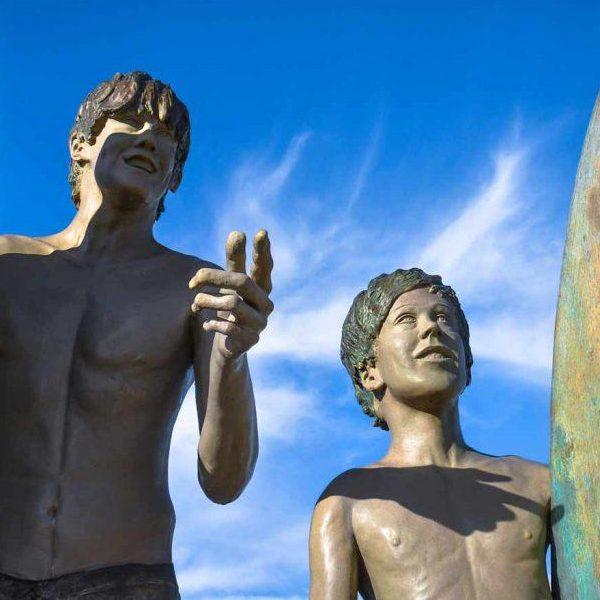 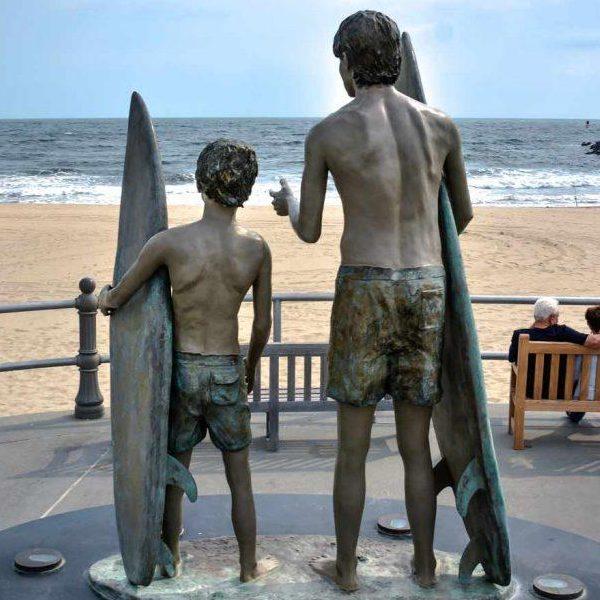 JT’s Grommet Island is the first beach playground designed for adults and children of all physical capabilities, and was inspired by Josh Thompson, a Virginia Beach local and avid surfer who was diagnosed with ALS (also known as Lou Gehrig’s disease) in 2006. When Josh was unable to access the beach in his wheelchair, the idea for the 100% handicap accessible oceanfront park was born, with JT’s Grommet Island opening in 2010.

Anticipation was commissioned to honor Josh and the fight against ALS and is dedicated to the JT Walk participants who have made JT’s Grommet Island a reality. Funds for park maintenance and other ALS-related causes are raised each year during the JT Walk & Beach Party, which has become the largest ALS walk in the country.

​​A native of Manhasset, Long Island, this former Marine and retired Chairman of Boars Head Provisions in Brooklyn, New York, explored his growing interest in art, painting with oils and sculpting wood in his spare time. In 1983, Richard Stravitz moved to Richmond, Virginia and took early retirement in 1990 to pursue his lifelong love of art and sculpting full-time. These days, he has the joy of devoting himself to creating marvelous bronze pieces with the technique used by the sculptors of ancient Rome.

Employing the "lost wax" technique, Stravitz begins each of his works with wire and clay. After undergoing a few subsequent steps, part alchemy and part foundry, wax takes the place of the clay and then is melted away (hence, the "lost wax") inside a ceramic form, into which the molten bronze is finally poured, allowed to harden and then released into its final state.

Each of his pieces remain true to their subject, with muscle and sinew realistically wrought, magically revealed; the soul of the subject emerges as well. A compliment to his ability to capture motion and detail, Richard Stravitz is widely recognized for his distinctive ability to sculpt emotion.

Richard Stravitz is currently based in Virginia Beach, VA and owns two galleries in the area.