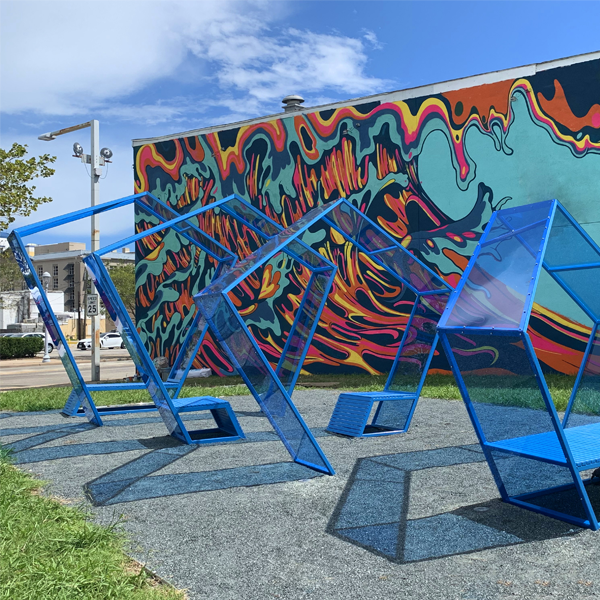 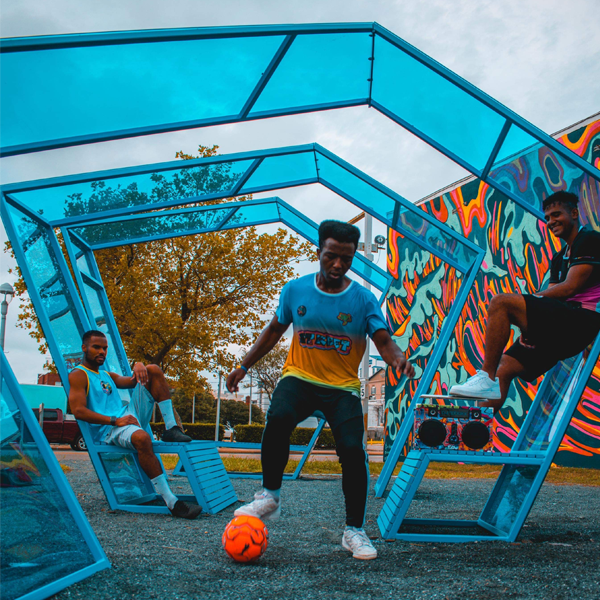 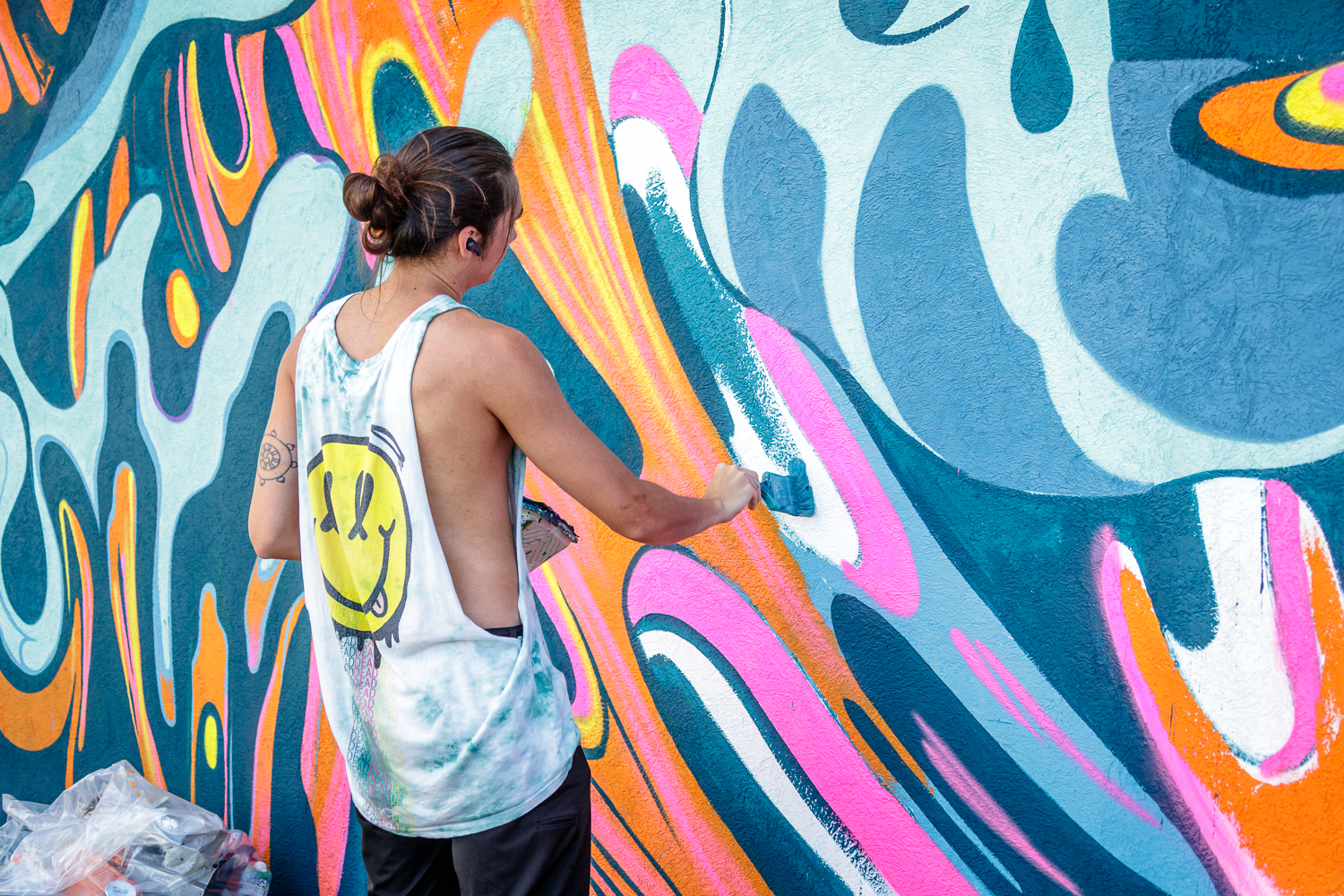 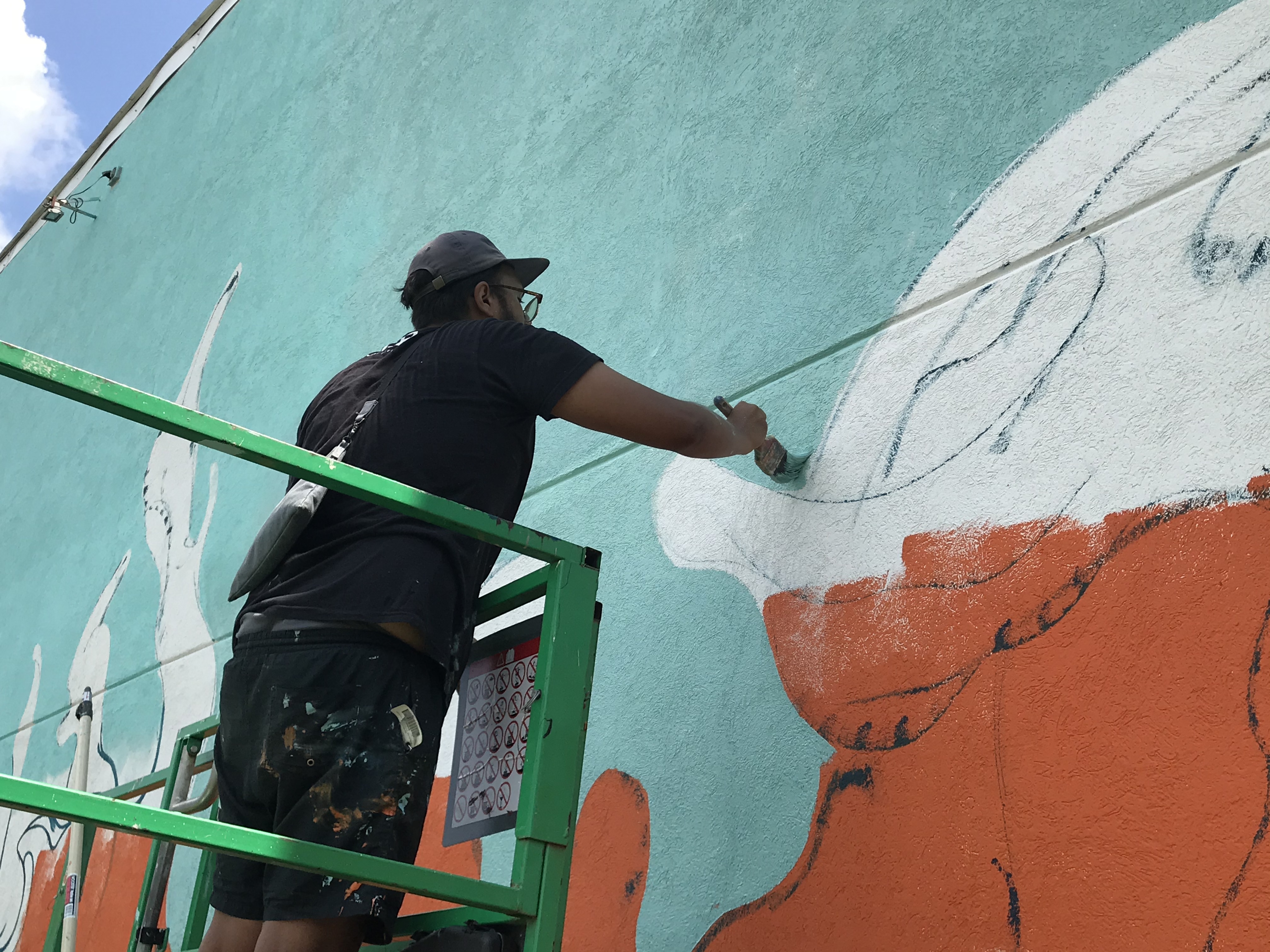 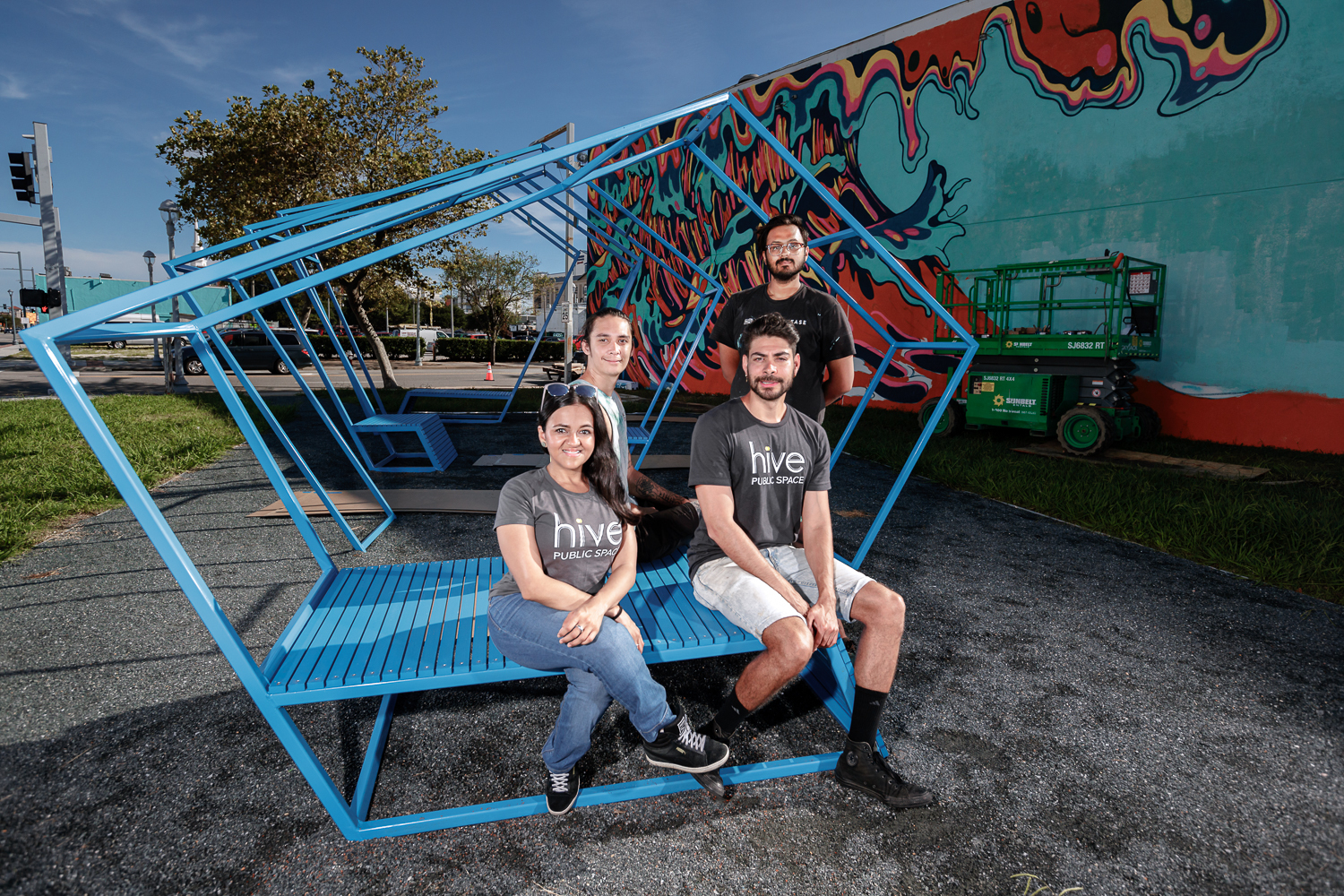 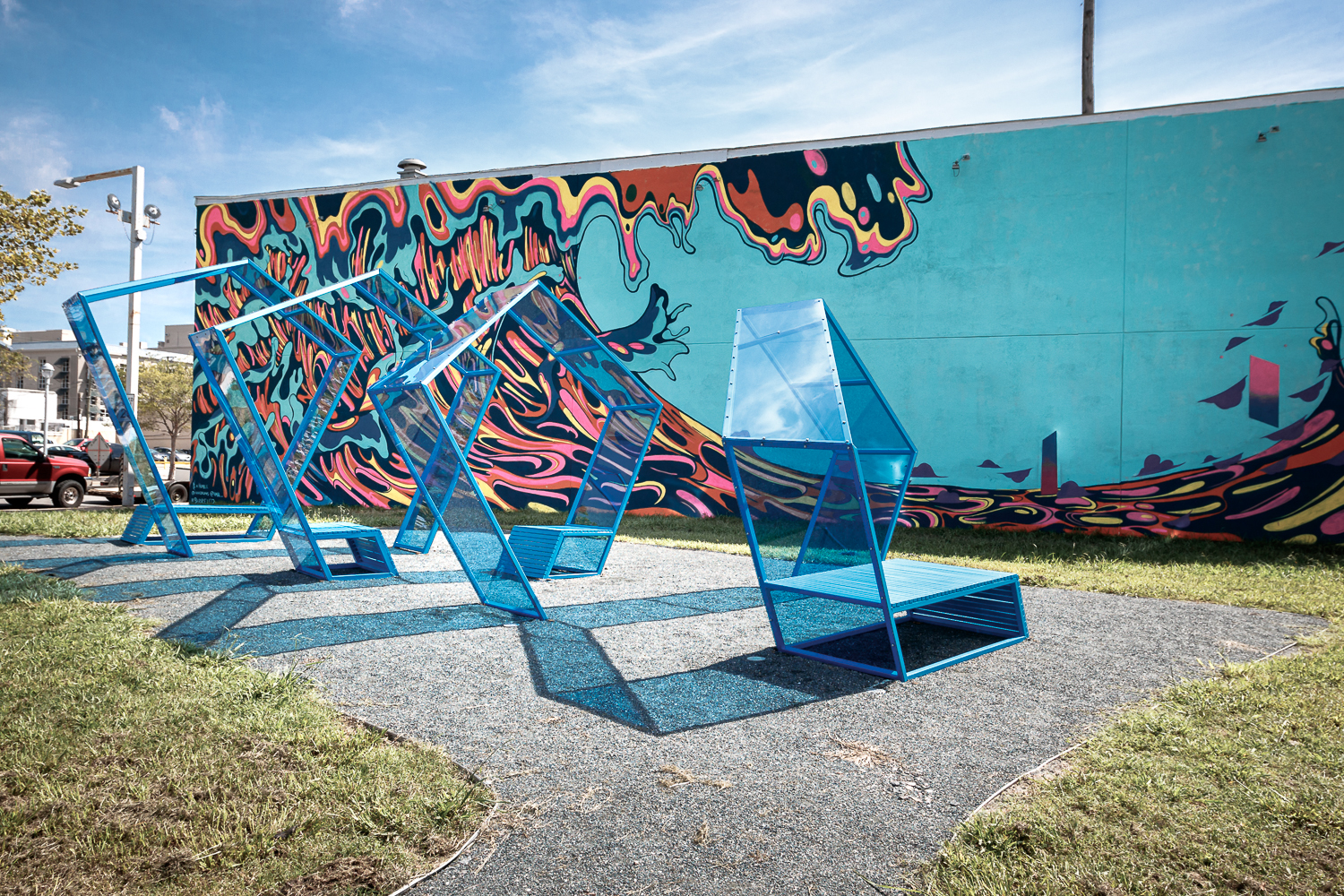 Hive Public Space submitted the winning design for the installation based on a call from the City of Virginia Beach Cultural Affairs Department.

“Barreled” celebrates Virginia Beach’s surfing culture and takes inspiration from one of the most sought out and short-lived experiences in surfing, riding through the barrel of a wave.

The installation is constructed out of a tubular steel system and acrylic panels that represent the ocean’s oscillating balance of power and fragility. Each arch unfolds from wall to ceiling and ending with a seating component that encourages human interactions. Each steel “wave” in “Barreled” is also spaced out perfectly for a socially-distanced selfie opportunity.

Thanks to generous donations from the Virginia Beach business community, the installation is accompanied by “Broken Current,” a collaboration with local artist Navid Rahman, which illustrates powerful rip currents and tidal currents created by ocean waves. Last year, Rahman created another mural for the City of Virginia Beach, which is located in the main lobby of the Bayside Recreation Center. #Barreled #BrokenCurrent

Hive Public Space is a Women-led and Minority-owned urban design and placemaking consultancy based in New York City. Their goal is to bridge DESIGN, PLACEMAKING and RESEARCH to create resilient public spaces and socially inclusive environments. Their multidisciplinary approach goes one step further into the economic and operational aspects of public spaces. Working at various scales ranging from art installations to masterplans, their goal is to give new life to under-utilized spaces by setting them up for social and economic vitality.

Charlie (Carlos) Osorio is an experiential designer with an architectural background, based in New York. He is regularly working on commercial, events, and public spaces. His interests revolve around challenging social consciousness through surreal constructions, custom fabrications, historical and cultural research.

Navid Rahman’s work has always been a form of world building, creating environments with a blurred line of whimsical fantasy and reality. Much of the work highlights fictional matriarchal societies, focusing on the cultural and environmental impacts of the habitats they reside in. Navid creates striking scenes of sari clad women, enchanted forests, whimsical organic shapes using colorful patterns filled with meticulous detail. Using a mixed medium of tools and supplies, he is obsessive in his attention to line weight. details and the natural flow of the work and the relationship it has with the public space.