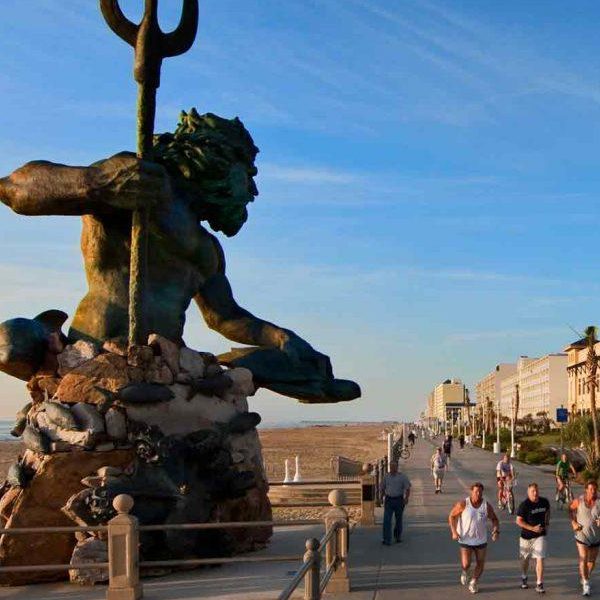 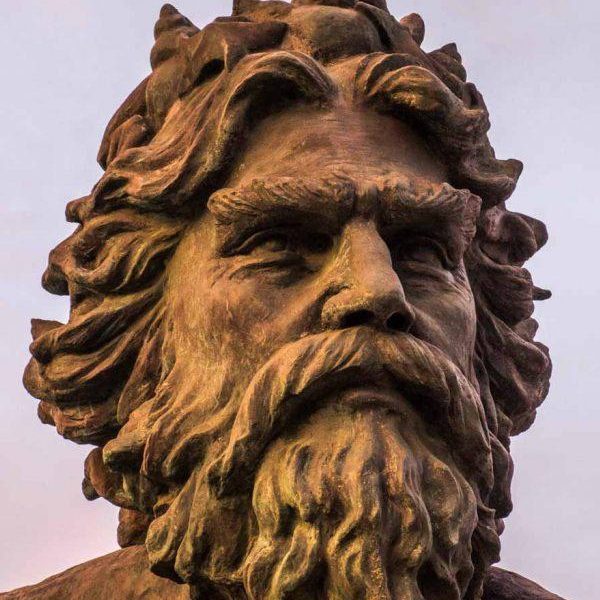 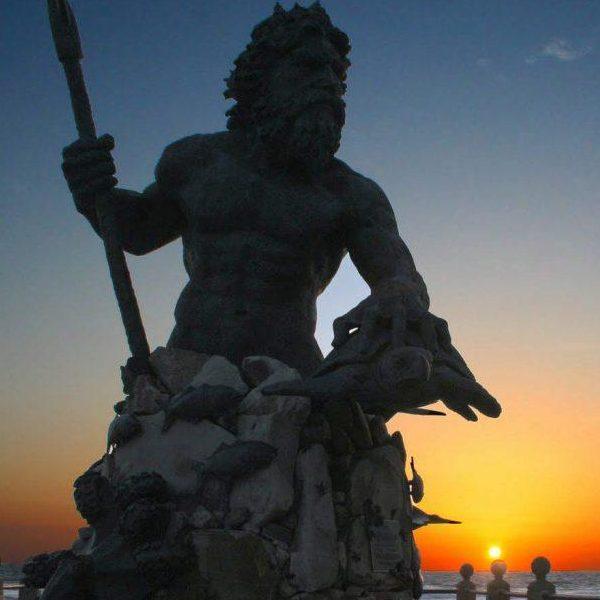 ​Proudly welcoming local residents and visitors alike, a 34-foot, cast bronze Neptune sculpture stands at the gateway to Neptune Park and the threshold of the sea.

Constructed entirely through the generosity of private contributions gathered by the Neptune Festival, this statue is dedicated to the city of Virginia Beach and its citizens. Surrounded by the creatures of his realm, mighty trident in hand, Neptune's gaze rests affectionately on the shore. His heroic visage honors the maritime legacy of Virginia Beach while also standing as a vivid reminder of the community's duty to respect and protect our natural blessings.

The statue was dedicated to the City of Virginia Beach on September 30, 2005 during the Neptune Festival Boardwalk Weekend; it now graces the boardwalk at 31st street, overlooking Neptune's Park.

​​Artists from around the world were considered before Virginia-based sculptor, Paul DiPasquale was commissioned to create Neptune's statue. DiPasquale has created numerous permanent public installations, including the bronze statue of Arthur Ashe on Richmond's famous Monument Avenue. His work has been exhibited in the United States and Europe and he has earned recognition in major print and media for his insightful creations. He continues to live and work in Richmond, Virginia.