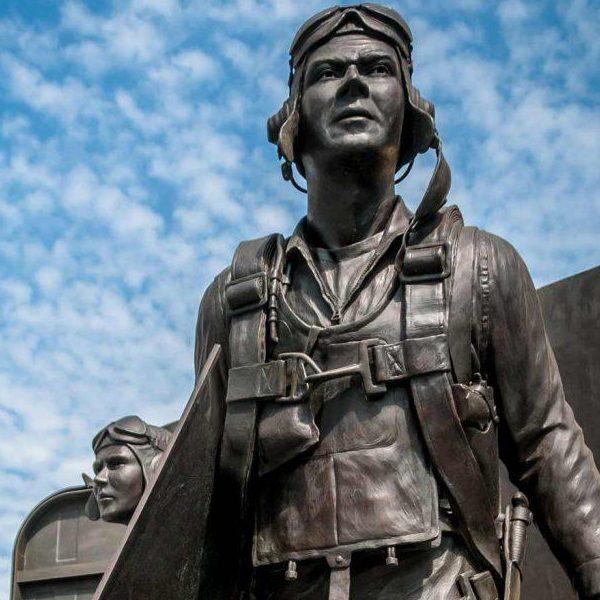 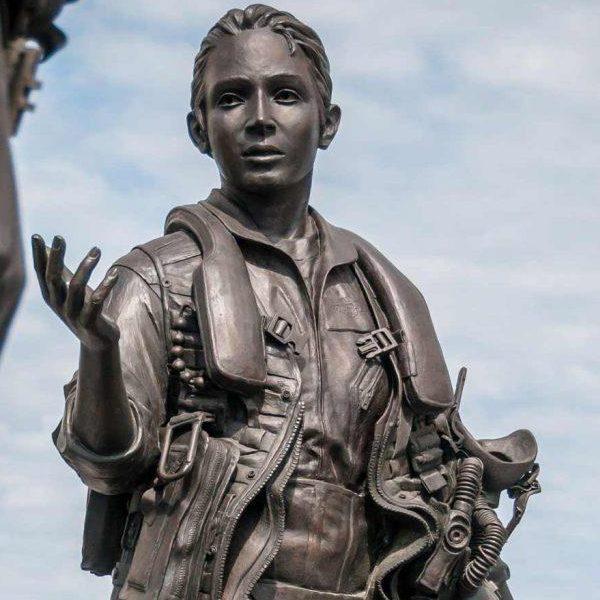 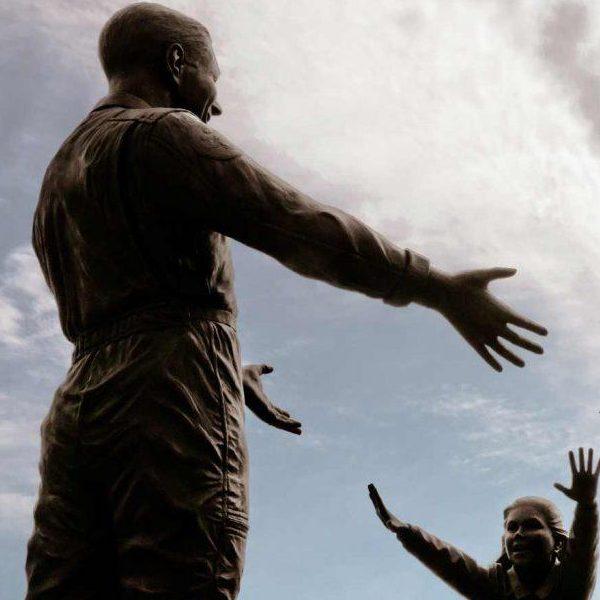 ​​The Naval Aviation Monument on 25th Street at the Oceanfront honors Virginia Beach's extensive aviation heritage. Commissioned by the Hampton Roads Squadron of the Association of Naval Aviation, the monument showcases three eras of naval aviation. The first statue depicts Eugene Ely, the first aviator to fly off a ship's deck. Another scene shows a World War II pilot and his crew scramble out of a flight deck hatch. A male pilot, female pilot, and maintenance chief gathered around an unloaded bomb skid depict the modern era of aviation. And finally, the scene of a wife greeting her pilot husband with their children reflects the joy of a Navy homecoming.

​​The monument was designed by sculptor Michael Maiden who relies on his experience in the Army National Guard to bring his ideas to life. Maiden worked hard over a two year period to get every detail right, researching the subject in libraries and museums, visiting the aircraft carrier Midway in San Diego, and even hiring models to pose in vintage aviation clothing. The resulting bronze sculptures are lifelike and convincing, from the realistic sculpted WWII weapons and modern NAS Oceana flight gear down to Eugene Ely’s 1910 flight jacket and safety football helmet.