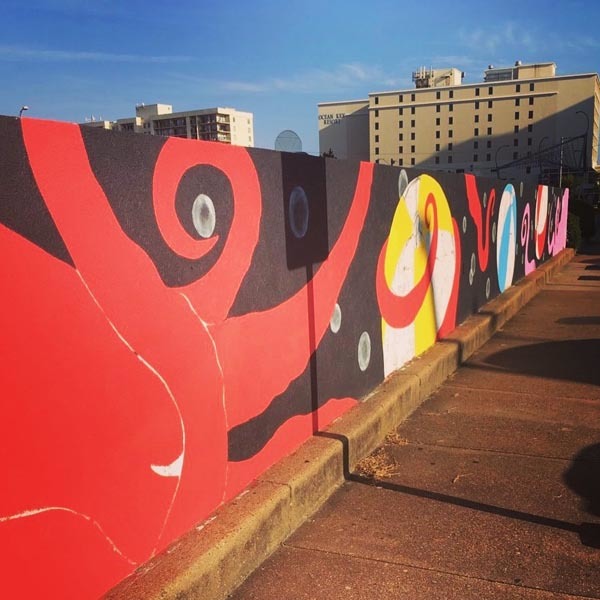 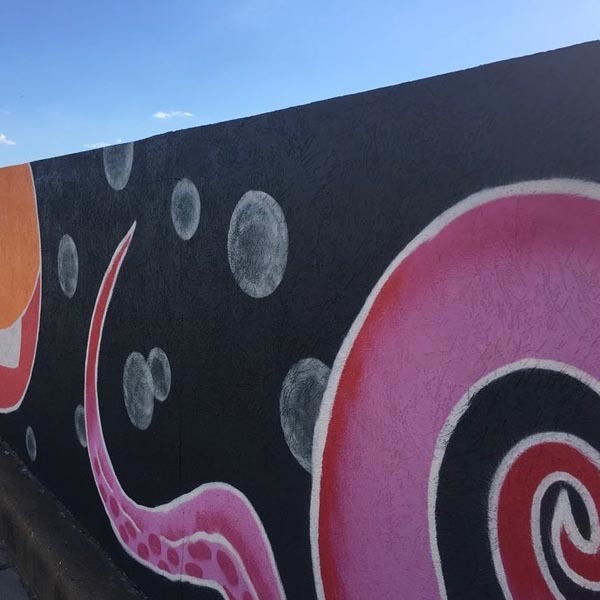 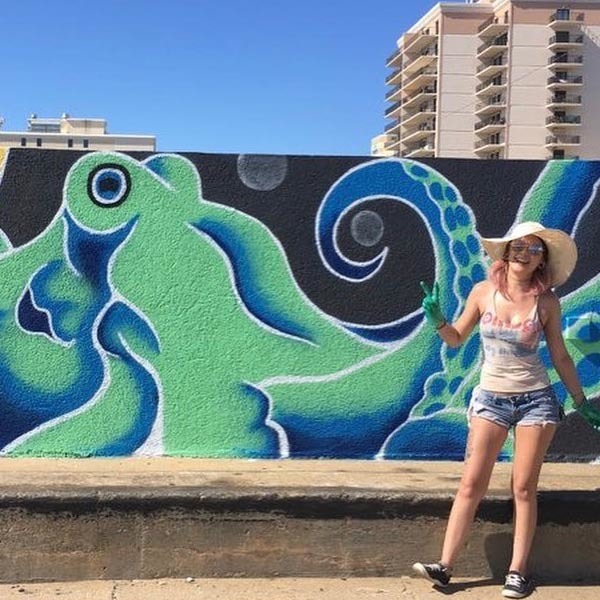 In April 2019, the City of Virginia Beach Office of Cultural Affairs announced a public call for proposals, and artists from across the country submitted designs. With a difficult decision on their hands, Public Art Selection Committee members narrowed down the artists to four finalists, and the public was asked to vote for their favorite design through an online public survey.

Bruce’s “Prismatic Play” was one of four designs that made the cut by the Public Art Selection Committee to move onto the online public vote which took place May 17 to May 27, 2019. Over 4,500 people voted, and Bruce received 45% of the votes. The remaining votes were closely split by the runners up.

You may recognize her name. Aimee Bruce is the artist behind Princess Anne Recreation Center’s new mural, and the colorful stairway mural at Mount Trashmore, “Helping Hands.” Both projects were awarded through an online public vote.

Aimee Bruce is a mixed-media artist whose work ranges from the aesthetically alluring to the politically playful. She received her BFA with a concentration in drawing and design at Old Dominion University, Norfolk, VA in 2016. Bruce has been in group exhibitions such as 0.45 at Baron & Ellin Gordon Art Gallery (2016), SlideShow at Glass Wheel Studio (2017), and Intersections of Multiculturalism at The Art Institute Gallery (2018). She has a handful of murals scattered throughout Hampton Roads VA. Bruce currently lives in Norfolk, VA while working on obtaining more mural, exhibition, and freelance opportunities throughout Seven Cities Virginia. Learn more at www.aimee-bruce.com